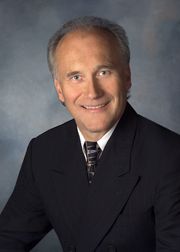 Arvid was born in Norway. He started his career in the Norwegian Air Force. Thereafter, he went into the oil industry for about 17 years, working mainly for Phillips Petroleum Co. During this period, Arvid has been involved in the Real Estate Market both as a buyer and as a seller. In Norway he also built houses. He has been in the Real Estate Business for more than 25 years. Here in the USA he started out with Coldwell Banker and after that Arvid started his own company with his wife Nadiya. They sold that to Realty Executives and worked with them for a couple of years. He started his own steadily progressive company in the Marine business in Fort Lauderdale in 1996. In 2004 Arvid started to invest in the Bahamas and he is now doing his own developments like condos and home sites. Arvid is a very spontaneous and enthusiastic person. Whatever goals he sets upon himself, he never rests or gives up until it has been accomplished. He is a fair and honest person to deal with and always has as his priority the best interest of all parties involved. He and his wife Nadiya reside at the Las Olas Grand.